End of the year!  Let's reflect on what's happened with a list of firsts ...

1 - We added a new bulk tank.  First time in the history of the farm we've had TWO bulk tanks.  Now we have more milk in more tanks.  This means we're milking more cows, and they're giving more milk, and we have storage if the milk trucks ever aren't able to come. 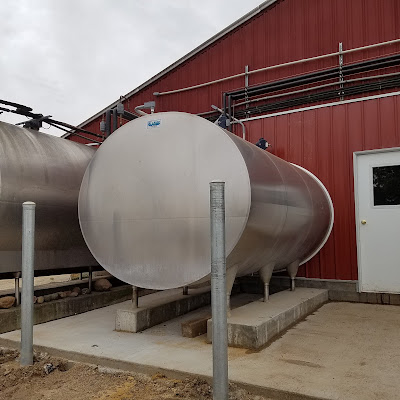 2 - First time we've been farming where the milk prices are this low for this long.  We're optimistic for 2019!  Really and truly!

3 - Hosted a podcast interviewing farmers.  Podcasts - remember when you didn't even know this term?  Me neither.

4 - We put in an awesome sprinkler system to keep the cattle cool while they're waiting to get milked.  We were rewarded with a super hot summer, which is usually the opposite of what happens when you do a project like this! 5 - Our boys drove various vehicles around the farm, including the wheel loader, tractor, go-kart, and who knows what else.  They will be so ready for drivers ed in four years.

That's it for memorable firsts.  We're thankful for another year on the farm with my parents, our fantastic team members, and our wonderful herd.

Just today I had a text from a friend who lives out of state.  She sent, "I have a milk question and I knew you were the best person to ask."  That warmed my heart, because I'm happy to answer anything, which is part of the reason I started this blog way back in December of 2010.  Thank you for reading, thanks for your questions, and here's to another year of happy firsts! 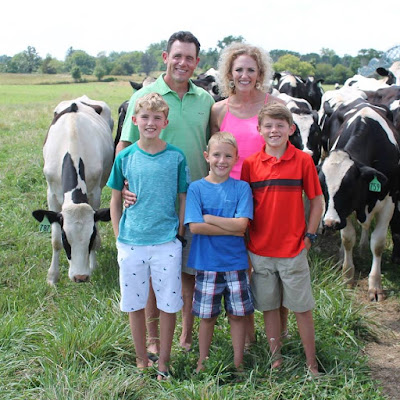 Want to know more about the farm?  Like the page on Facebook, on Twitter @carlashelley, or sign up to get the blog by email - the form is on the right side of the page.
Posted by Carla at 10:40 PM 1 comments 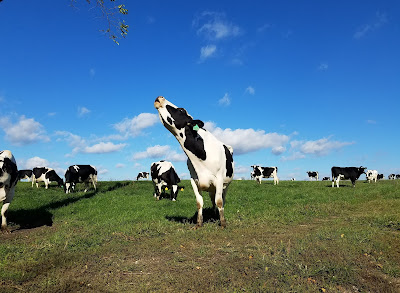 Well, November really flew by in a hurry.

Not only did Kris and I have a delegate meeting for our milk co-op, but we also had our annual meeting for Farm Bureau.  We had our first snow on November 9, which I thought was really early, but I looked back to last year and it ALSO snowed on November 9th!

I've been hosting a lot of podcasts and been sharing them.  I've learned a lot of interesting information about farms and people in general!  For instance, when I was talking to Christmas tree farmer Tony Stefani, he told me that if you broke the needles of a certain tree, it smells like citrus.  Then when we went to get our tree, our lovely neighbors Scott and Wendy told us the same thing!  (Go ahead.  We have a white pine.  Try yours now!)

On the farm, we're moving into winter mode.  The harvest is done, so it's mainly milking and (still) calving.

Kris says the best news about November was that it was so routine and good ... that nothing really stands out.  Hooray!  Let's hope the winter is just as regular!
Posted by Carla at 9:00 PM 1 comments 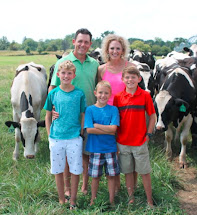 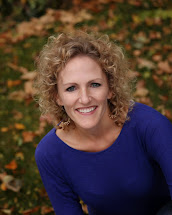